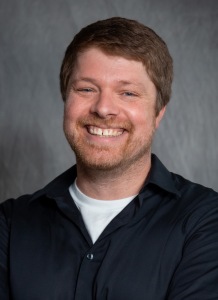 David’s research is focused on evolutionary biology, genomics, and molecular ecology in avian systems. Much of his work relies on combining genomic data with other phenotypic, behavioral, and biogeographic information to make inferences about evolutionary processes. His research also takes advantage of the replicated patterns in species radiations, particularly the continental radiation of New World warblers, and his field research has focused on studying hybrids zones of wood warblers in North America. 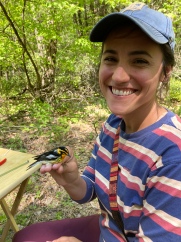 Marcella’s research is focused on the genetics of speciation and hybridization. Her work takes advantage of variation present in natural hybrid zones between species of New World primates and Parulid warblers to understand the evolution and genomic architecture of reproductive isolation and adaptation. She is currently studying the intersection of hybridization and microbiome variation across many species of warblers. 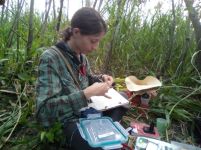 Valentina’s research is focused on the role of behavior in diversification dynamics at the population and species levels. Combining natural history, genomics, museum, and field research, she aims to understand the ecological and evolutionary consequences of switching migratory strategies in birds. She is also an Eberly Postdoctoral Research Fellow at Penn State. 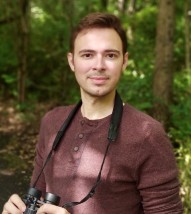 geological information to investigate processes that generate biodiversity. His main interests involve the connections between the evolution of Earth’s history and organisms, ecological factors that drive diversity, and the application of population genetics to the conservation of endangered species. His current work investigates the historical impacts of the West Nile Virus on the genetic diversity of the Ruffed grouse populations in Pennsylvania. In his spare time, Leilton also studies the effects of landscape evolution and habitat specialization on the genetic structure of Amazonian floodplain birds. 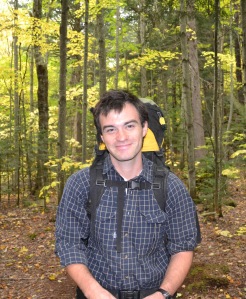 Andrew’s research focuses on the drivers of diversification, particularly adaptive trait evolution and introgressive hybridization. He applies transcriptomic and genomic tools to test phylogenetic hypotheses and discern patterns of molecular evolution. He is excited to delve into molecular ecology and examine niche-partitioning of New World warblers using sequence-based investigations of diet. 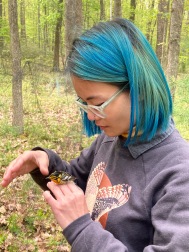 Lan-Nhi is interested in the evolutionary process of biological speciation, specifically the role of vocalization as a reproductive barrier and how genomic studies and the study of geographical variation can aid this understanding. During her undergraduate education at Mercyhurst University (Erie, PA), she studied non-harmful DNA amplification in the genome of Sciara coprophila (fungus fly), and her senior thesis focused on mapping the location of the amplification sequence. 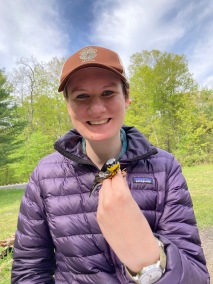 Steph is interested in the genomics of hybridization, migration, and evolutionary responses to environmental change. She previously earned a master’s degree in biology from Northern Michigan University and bachelor’s degrees in biology and environmental studies from Oberlin College. For her master’s thesis, Steph examined genetic diversity, population structure, and demographic history of blue wildebeest in western Zambia. She also worked on a population genetic assessment of Northern Goshawks in Idaho and worked as a bander and counter at several raptor migration sites. 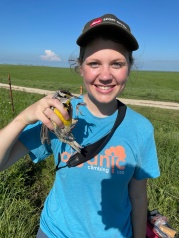 Johanna is interested in the intersection of genomics, bioacoustics, and biogeography, and exploring how these collectively contribute to speciation or hybridization in birds. She is also interested in scientific illustration & scientific communication, and how these combined may help bridge the gap between science and broader society. For their undergrad honors thesis, Johanna explored speciation in Eastern, Western, and Lilian’s Meadowlarks using whole-genome sequencing and acoustic analysis. 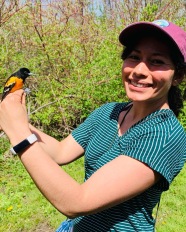 Anny has a bachelor’s in Biology with an Ecology and Evolution emphasis from the University of California, Merced. As an undergrad, she was involved in a variety of conservation related projects.  In the past, she has coded genetically informed species distribution models for New England ant species using machine learning algorithms to simulate future changes in their range based on different climate change scenarios. Today,  Anny is interested in combining genomic tools and population modelling techniques to study migration, population structure, and dynamics to predict how birds will respond to changes in their habitat.